Thank you for signing up.

You may now use Property Tracker ®

Property Tracker features have been disabled during the preview.

A little about Vashon's history

In 1792, during exploratory missions on Puget Sound, Captain George Vancouver named Vashon Island after his friend Captain James Vashon. When Lt. Charles Wilkes surveyed the Sound in 1841, he named Maury Island after William A. Maury, a member of his crew. At the time, there was a portage between the two islands. Prior to these “discoveries,” Native Americans had lived on the island for centuries… (continue reading on historylink.org) 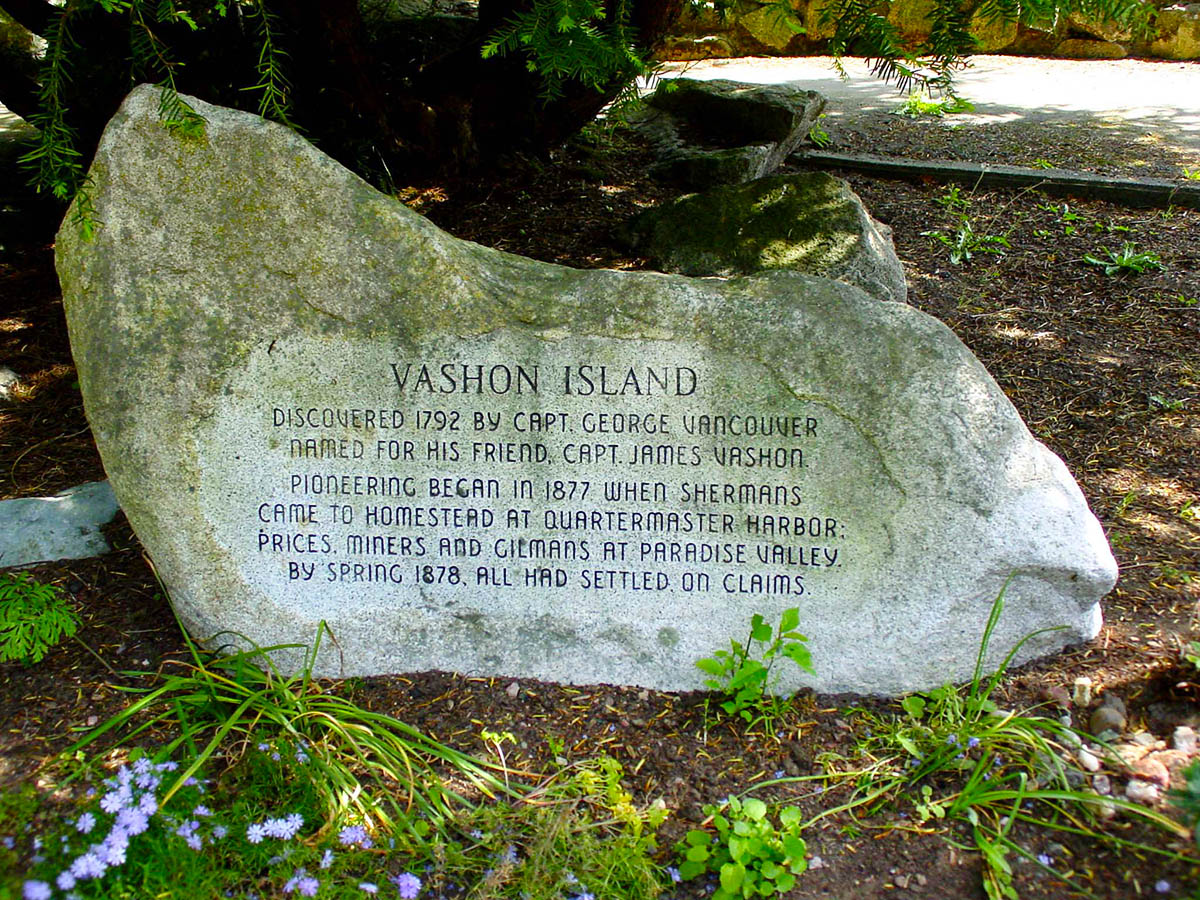